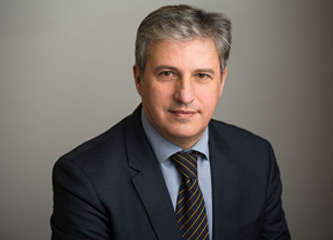 Christos Balaskas joined Eldorado on October 9, 2017 as VP and General Manager, Greece.
Prior to joining Eldorado, Christos was the General Manager of the Athens Natural Gas Supply & Distribution Company, a position he held since 2009. Christos has over 25 years of experience in the Downstream Oil & Gas sector mostly with the Royal Dutch Shell Group of companies and BG Group where he held various managerial positions in Greece and in the UK.
Christos is a Naval Architect and Marine Engineer by training from the National Technical University of Athens. He also holds an MSc in Computer Science from the University of Birmingham and an MBA in Engineering Management from Cass Business School, City, University of London.