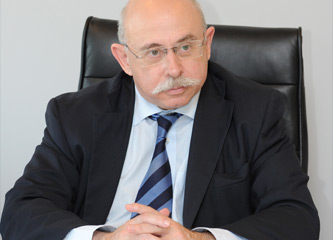 Mr. Benroubi is the General Manager of Power and Gas Business Unit of MYTILINEOS (Protergia).

He joined MYTILINEOS in January 2006 and has held the positions of Chairman and CEO of Protergia Agios Nikolaos Power (until it merged with Mytilineos), Chairman of the BoD of ENDESA HELLAS, General Manager of Zinc-Lead Metallurgy

From March 2019 until February 2020 he has been the President of the Hellenic Association of Independent Power Producers (HAIPP).

He started his career with TITAN Cement S.A., where he worked for 25 years and ultimately held the position of Cement Division Executive Director-Greece. In 2004 and for the next 2 years he joined VIOHALCO Group as CEO of ELVAL S.A.