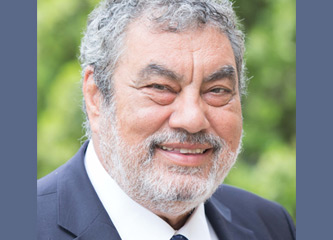 A Thessaloniki native, Dr. Kanellis completed both undergraduate and graduate studies in the U.S., earning his Ph.D. in Bio-Organic Chemistry from the University of Houston, USA. After several academic appointments at top research universities in the US, including the University of Alabama Medical School, Dr. Kanellis brought his new family back to Thessaloniki. He held senior managerial positions in the Greek private industry until returning to academia. From 1997 to 2009, Dr. Kanellis served as Executive Vice President and COO of Anatolia College in Thessaloniki, Greece.

In 2010 he was named the first Greek president of the American Farm School (AFS), a US-founded educational institution established in 1904 in New York and located just outside of Thessaloniki. Since joining AFS Dr. Kanellis has taken the institution beyond its original high school offering to include Pre-k, elementary, middle school, and a 2-year degree in Vocational Education (IIEK). During this time Perrotis College, the AFS tertiary division, also grew to include several Masters of Science degrees in Agrofood and Environmental Sciences. The College has also started a series of collaboration with US institutions in the agro-food sector while a study abroad program was established which brings more than 250 students annually from the US.

Under Dr. Kanellis’ presidency AFS outreach, too, has grown – with the AFS Farm introducing innovative AFS Farm products and the Department of Extension Services expanding their offerings to adults and businesses launching a number of training projects in Greece and neighboring countries. Enhancing these efforts, in 2011 a Center for Agricultural Entrepreneurship was created on campus, followed by the Krinos Olive Center in 2014 – both receiving accolades for educating and supporting young entrepreneurs and producers throughout Greece.