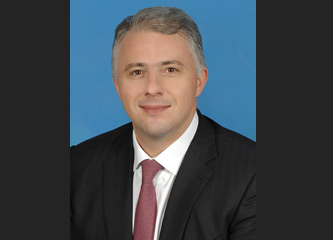 He started his professional career in 2001 at Deutsche Bank in London, where he stayed until mid-2009. Initially he worked in Hedge Fund Sales, while in the period 2006-2009 he held the position of Head of FX and Commodities Sales for Greece and Middle East.

Vassilis Karamouzis holds an MSc in Finance from Birkbeck College, University of London and a bachelor degree of Economics from the University of Piraeus.