DEPUTY MINISTER OF INFRASTRUCTURE AND TRANSPORT 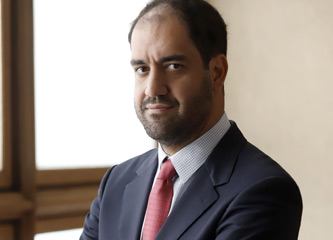 DEPUTY MINISTER OF INFRASTRUCTURE AND TRANSPORT

Giannis Kefalogiannis has studied Law at the Law School of the National and Kapodistrian University of Athens and earned a Master degree in Politics and International Relations at Columbia University in New York (CUHA).

He has also specialized in the Law of mediation technique in Harvard Law School.

Before getting into politics, he worked as a Lawyer in Greece specializing in Criminal and Civil Law.

In 2012, Giannis Kefalogiannis was elected Member of Parliament  with the party of New Democracy and became the youngest member of parliament in that period. He was elected to the honorary position of Secretary of Parliament, a position he held until 2019.

After the 2019 election, he was appointed Deputy Minister for Infrastructure and Transport in the Cabinet of Kyriakos Mitsotakis.