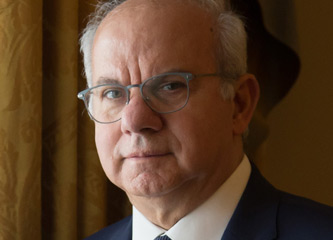 Dennys Plessas started his aeronautical career in 1976 with Hellenic Aerospace Industry (HAI), an aviation MRO organization that Lockheed Aircraft Service Company designed, built and operated in Greece. At HAI, Plessas organized the Training, Planning and Business Development departments. He negotiated several major contracts with USAFE, NAMSA and other NATO organizations, as well as with Airbus, Aerospatiale, Alenia, and most of the air forces in the region.

Dennys Plessas joined Lockheed Aircraft Service Company (LAS) in August 1983, with international business development responsibilities for the Middle East. In December 1988 he was promoted to Director of International Programs for Europe, the Middle East & Africa. Since 1991 he became Vice President of International Projects reporting to both, Lockheed Corporation International SA (LCISA) and Lockheed Aircraft Service Company (LAS). In 1995 he assumed responsibilities as Vice President of International Business Development Initiatives for Europe, Middle East and Africa for Lockheed Martin Aeronautics/International. He is a member of the Board of Directors of the Hellenic American Chamber of Commerce. He is also a member of the Hellenic Technical Chamber, the Aeronautical Academy of Greece, and the Royal Aeronautical society.

Dennys and his wife Georgia, have two children, Sophia and Spyros. In addition to Greek (his native language), he speaks English, Arabic and French.