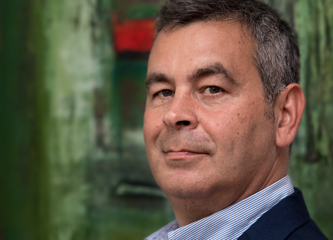 Sinan Ülgen graduated in 1987 from the University of Virginia with a double major in computer sciences and economics. He undertook graduate studies at the College of Europe in Brugge, Belgium where he received, in 1990, a masters degree in European economic integration. He then joined the Turkish Foreign Service as a career diplomat. In 1992, he was posted to the Turkish Permanent Delegation to the European Union in Brussels where he became part of the team that negotiated the Turkey-EU customs union.

Ulgen is the founder and managing partner of Istanbul Economics. The consultancy specializes in market entry strategies for international companies, political and economic risk analysis related to Turkey and regulatory affairs.

Ulgen is also the chairman of the Istanbul based think tank, Center for Economics and Foreign Policy Studies (EDAM) and a visiting scholar at Carnegie Europe in Brussels. His opinion pieces have been published by the International New York Times, Le Figaro, Financial Times, Wall Street Journal, The Guardian, Project Syndicate and Foreign Policy. He is the co-author of a book on Turkey-EU relations with Kemal Derviş. His latest publication is entitled “The governance of cyber space” and was published by the Carnegie Endowment in January 2016. He was a member of the international security experts established by the former NATO Secretary General Rasmussen.